Welcome! This blog is inspired by the Gardena Willows Wetland Preserve in Gardena, California. 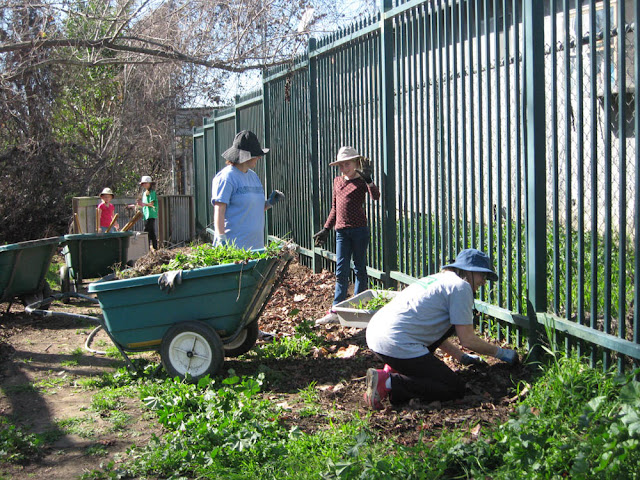 The path leading into the Gardena Willows Wetland Preserve features panoramic views of a seasonal stream that has fed the wetlands for hundreds of years.  Recently a group of local Girl Scouts from troop 5965 in Redondo Beach cleared the area to the north of the path and planted some local native honeysuckles.  These vines will soon cover the fence, providing a living green wall as visitors enter the Preserve.


Honeysuckles are really sprawlers.  They climb up fences, trellises or other supports with a little encouragement.  In nature they clamber over other shrubs and trees.   They will also spread out on the ground and make an easy-care groundcover.   Honeysuckles have pretty fragrant flowers that produce abundant nectar.  That’s what attracts the hummingbirds (the main Honeysuckle pollinators) as well as the larger butterflies.  Children also like to sip the sweet nectar from the bottom of the flower!


Our local Honeysuckles have either cream-colored or pink-purple blooms depending on the species.  The plants bloom in spring, usually between April and June.   After that, the plants produce berries that turn bright yellow or red in late summer and fall.   While the berries are edible they are not very tasty; they are best left for the birds who enjoy them as a fall treat.    Small birds sometimes even nest in a mature  vine, so the new Honeysuckle wall should attract many types of birds and butterflies.


In nature, native Honeysuckles often grow in canyons where they get some afternoon shade.   The Preserve’s entry area provides similar conditions.   Once established, native Honeysuckles are very drought tolerant.  Volunteers will give the ‘Honeysuckle Wall’ occasional summer water to keep it green and lush.   They will also train the vines to climb the fence for the first year or two until the wall is established.


Be sure to notice the ‘Honeysuckle Wall’ the next time you visit the Gardena Willows Wetland Preserve.  The plants are small now, but next year you’ll marvel at the flowers, the fragrance and the wildlife they attract.
Posted by Wandering the Willows at 4:30 AM No comments: